. Early in the 19th century the surrounding community was known as the Indian Creek Settlement….so the name Indian Creek Baptist Church. (I.C.B.C.) was in existence in the early 1800.

Previous to 1843, services were held in a small log structure located near the present building by Rev. Griffith & Rev. John Rockefeller. It was in this same log building that the Indian Creek Baptist Church was organized on June 24, 1843.

In 1846, a new stone church was erected. In 1870, another frame building was suggested then adopted. It’s dimensions were: 36’ wide by 46’ long by 12’ high. The church was built at the cost of about $2000 and the seating capacity was 350 persons. In 1914, an addition was built for classrooms, making it modern and well-equipped for all needs of the church.

From 1911 to 1926, the church has supported two workers, the Reverend F.S. Wortman at home and the Reverend Samuels in the Ongole Fields.

The following ordination were given in the Baptist Church: L.S. Colborn in 1872; F.S. Cunningham in 1878; E.K. Bailey in 1880; James Seefried in 1960; and Gary Dull in 1974. Approximately 31 ministers and supply ministers have served the church since its existence. The Reverend F.S. Wortman had a total of 36 years of service at Indian Creek Baptist Church.

The church purchased the adjoining property on the southwest in the 1950’s and in 1976 bought the property on the northern side. Around 1958, the basement was completed by adding a dining room and kitchen.

In 1975, a need for more classrooms came about and in the process it was discovered that our church was in dire need of many repairs. After many months of meetings and planning by the Directors and a Building Committee, new church plans were voted on and accepted. On May 20, 1979 the groundbreaking ceremonies were held for a new brick church. We had our first worship service in the new church on Easter Sunday 1980 at 7:00am with a capacity attendance. In the evening, 17 were baptized and 18 were accepted into membership, which raised the membership total to nearly 300! Currently it is 364! An addition to the church as built in 1999, which includes an updated kitchen, classrooms, restrooms, and a gym.

For the first time in our church's history, we called an Associate Pastor of Youth, Pastor Jason Seevers in 2020 (September 2020-Present). 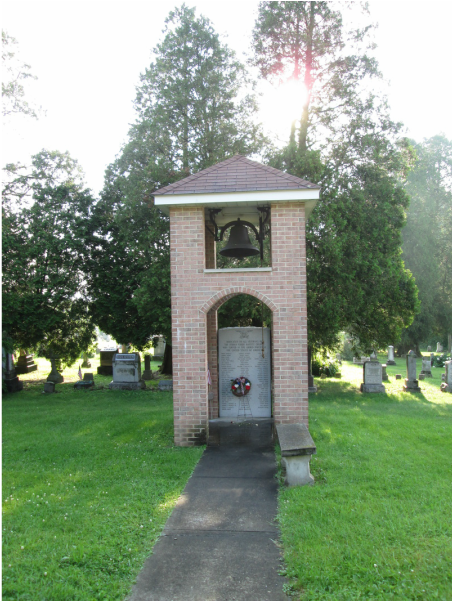